Welcome to SUPRENT! You can Get Free Shipping over $29.99.

How to Give Hair Cuts to Little Boys

There are hundreds of little boy hairstyles to choose and it is never easy to give little boy a hair cut. In order to make things a little easier, strike a haircut off the expense list and learn how to cut the perfect hair style for the perfect little boy.

For little boy haircuts, always hold the hair up when cutting lengths on the top and determine the length using the fingertips. When cutting or trimming the bottom, use a comb to comb the hair down and cut from the bottom.
Make sure to cut the same length all around at first and then go back through for any layering. Also, comb the hair in the desired areas before beginning the cut. Only use the ends of the scissors when cutting and always cut one small portion of hair at one time.

When going back through a cut for layering, hold the hair up in the same way, but do not worry so much about cutting all the hair the same length. The point of layering is to add texture to the hair. Rather than cutting along one straight line, use a short of hacking technique where the hair gets trimmed into smaller and differentiating lengths. This is only going to be done on the top layers where texture is needed.
Keep this same idea in mind when cutting bangs, do not just do one clean cut but rather several wispy cuts to create a soft look. Razor blades are also often used instead of scissors to cut hair with a lot of texture. When using the blade, cut the hair in a slanted motion, making the hair get cut with a more chopped appearance as it goes down. 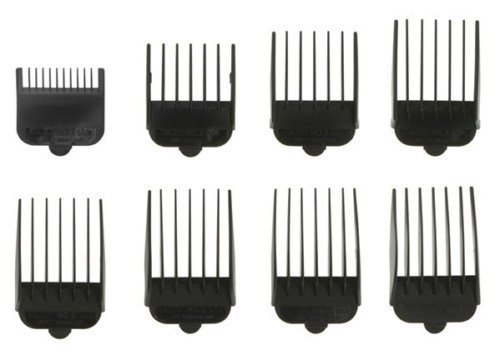 With any cutting technique, it is suggested that someone practice in order to get the hang of any technique before trying it out on their children.

Some of the images come from the Internet, if there is any infringement, please contact us (support@suprent.com).